The individual approval is performed for the road vehicles presented at RAR and which are in one of the following situations:

a) new road vehicles, manufactured, imported or introduced in Romania, a number of no more than 10 pieces of the same type, by the same legal entity or natural person. New vehicles represent an exception for which the original of the compliance certificate can be presented, issued by the constructor.

c) road vehicles registered in Romania, but whose constructive characteristics set out in the VIC have been changed.

The individual is granted to a vehicle with a valid identification number, which complies with the constructive conditions set out by RNTR-7 and which has been declared passed at the technical status inspection performed under the operations plan of RNTR-1.

A vehicle which has received the individual approval shall receive from RAR the vehicle identity card. 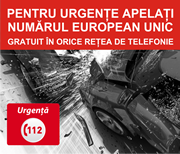